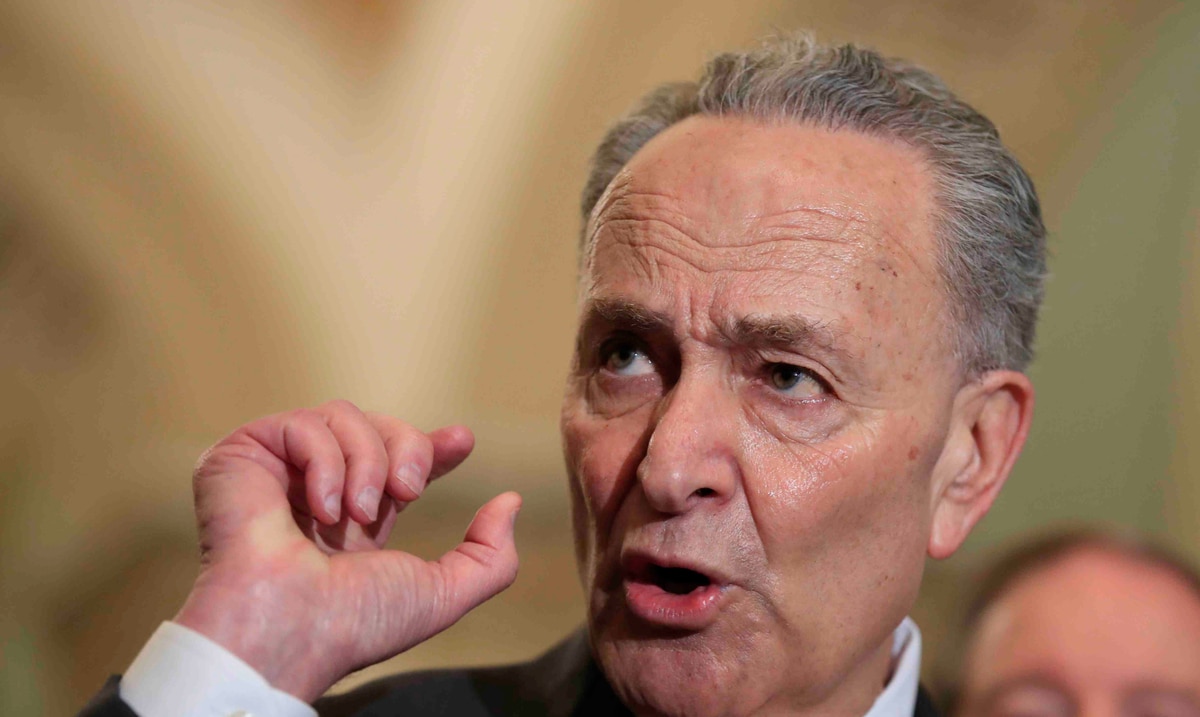 Washington DC Congress leaders today agreed on the content of the next economic stimulus bill, which will allow the vast majority of citizens to receive a federal check of at least $ 600 in the midst of the coronavirus emergency.

The legislation, to be voted on tomorrow, Monday, would also allow for a revival of federal unemployment support of $ 300 a week, according to preliminary data.

As in the Cares Act, the federal check would be cut to maturity for individuals who made more than $ 99,000 in the previous year and $ 198,000 for couples. Checks will also be sent to couples where one person is undocumented.

“We’re going to squash the virus and put money in the pockets of the American people,” said Speaker Nancy Pelosi (California) and Senate Democratic minority leader Charles Schumer (New York) in a joint statement. the agreement, which includes the White House.

Schumer had previously stated that “this is an emergency project … We still need to do more under President (Joe) Biden.”

We have to do this now.

And then we need to do even more under President Biden.

The Senate Republican Majority Leader Mitch McConnell (Kentucky) also announced the deal and said tonight that “more aid is on the way.”

The lower house passed a new temporary budget resolution – for 24 hours – in a vote of 329-65, and the Senate later loudly ratified it. Trump signed the measure shortly before midnight Sunday.

The economic stimulus legislation, which will be added to a bus of fiscal year 2021’s final budget allocations, would cost $ 900 billion. The budget bus would cost another $ 1.4 billion (trillions).

Under the agreement reached Sunday, federal unemployment support of $ 300 a week could run from late December to mid-March.

The measure revives the small business payroll protection (PPP) program, allowing for loans of up to $ 150,000 under certain conditions.

According to preliminary agreements, the PPP loans would be available to companies with 300 or fewer employees. Non-profit organizations and local press, radio and television media will have access to the PPP program.

The Treasury Secretary, Steve Mnuchin, has indicated that the company’s operating expenses deducted to forgive a PPP loan should not be deducted from the tax return.

According to The Washington Post, the measure extends the time for state and local governments to use the funds allocated by the Cares Act by one year.

The original two-pronged plan included an allocation of $ 300 million in food aid for Puerto Rico, American Samoa, and the Northern Mariana Islands. The vast majority of those funds would go to Puerto Rico.

For education systems, the allocation is $ 82,000 million. Another $ 10 billion is intended to fund childcare programs. The legislation also allows for 500,000 new recipients to be included in Pell scholarships and ensures that more than 1.5 million students receive the maximum benefit.

Speaker Pelosi emphasized that the project is also increasing the benefits in the United States provided by Earned Income (EITC) and Dependent Children (CTC) credits, as well as allocating credits to companies for granting sick leave, as established by the Law Families First of last March.

The other major piece of legislation aims to allocate funds to boost vaccine distribution and provide diagnostic tests for the coronavirus, which killed more than 317,000 people in the United States. Schumer said the legislation provides $ 27 billion for diagnostic tests and health programs.

The project, in turn, allocates $ 45 billion to mass transportation systems.

The deal came about after Republican Senator Pat Toomey (Pennsylvania) softened the language Democrats believed would have tied the hands of the Biden government when it came to making loans for an emergency like COVID. 19.

As expected, the agreement omitted direct assistance to state and city governments demanded by the Democrats, and the Republican amendment that aimed to grant certain federal immunity to companies operating under the coronavirus emergency.

Biden – who will take office on January 20 – has promised to propose another project in early 2021 to boost the economy.

The federal government has been fully functional since October 1, the start of the 2021 fiscal year, thanks to three temporary budget decisions. The most recent was approved on Friday and expired from Monday.