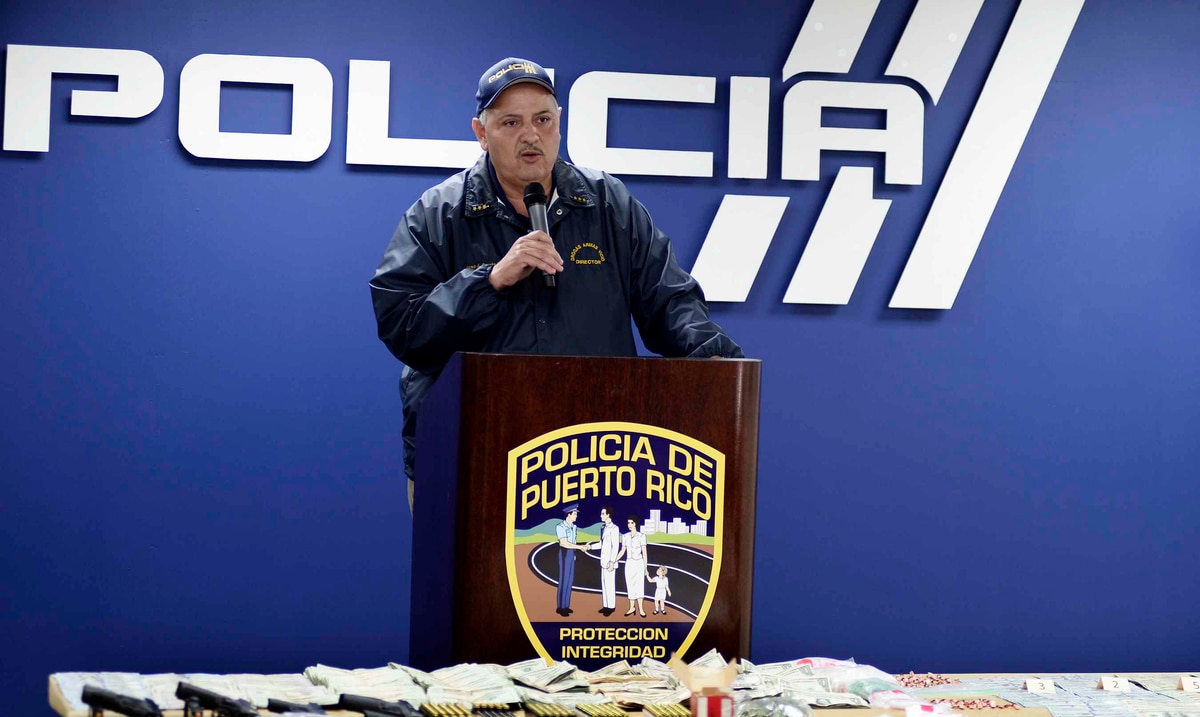 Romero made the announcement this morning during a press conference, at which he made other appointments in his administration.

In this way, García will replace Colonel José Caldero, who was the commissioner under the administration of Mayor Carmen Yulín Cruz Soto. Romero will officially make the announcement at a press conference this morning.

Garcia is currently the commander of the San Juan State Police, where he arrived in October last year, when there was an increase of 28 murders.

Police Commissioner Henry Escalera asked him at the time to accept the move from the Caguas area, which he led to address the situation in San Juan, after leading operations to dismantle violent car gangs, with a reduction of 19. fewer crimes in this area.

Currently, according to police statistics, San Juan reflects a reduction of 57 crimes compared to last year and a 38.46% decrease in all crimes against life and property, in a year marked by the COVID -19 pandemic.

“We are here in order to channel all our efforts to bring San Juan to, because it has not been for a long time, an optimal condition, in my case, in the Municipal Police”Garcia said. “I staggered with a lot of effort and doing work that was satisfying for me”He argued about his career.

Previously, García was an assistant commissioner in the Carolina area, as the right hand of Colonel Antonio López Figueroa, who was appointed police commissioner by elected governor Pedro Pierluisi.

During his 34 years with Uniformada, García also headed several departments and held security groups at the airport and the State Department.

The colonel also led several investigation units. In addition to the Caguas Criminal Investigation Corps and the Federal Drug Enforcement Agency (DEA) Police Force, he also led the Caguas and San Juan drug divisions. He then set up the Drug Police Bureau, which he headed for three years.

“San Juan needs a lot of attention, it needs a lot of surveillance, a lot of visits to different sections that the police have. They are commodities, such as those of the state police. We come for this purpose, not only to satisfy the physical need, but also to pay attention to the police, to the quality of police life, to make an x-ray of what they need. I ask for time, because we do not have a magic wand and there is a strong economic situation “Garcia said.

On the other hand, as director of the sports and recreation department in San Juan, the elected mayor appointed José M. Mateo Rosario, a famous former athlete and lawyer with over 20 years of experience in the field of health.

Mateo said he and Romero will search “Create opportunities in sport, opportunities in the economic development that sport brings”. He also claimed that, in addition, he is looking “Use sport to prevent physical and mental illness”.

Mateo was a member of the Puerto Rican Olympic team as a pitcher for the baseball team at the 1992 Barcelona Olympics, a bronze medalist at the Central American and Caribbean Games held in Ponce in 1993 and at the Pan American Games in Mar del Plata, Argentina 1995. He also worked with Major League Baseball Scouting Bureau identifying talents in Puerto Rico and the Caribbean.

For Romero Lugo, “José Mateo’s experience in sports and health provides a necessary approach to health care” in Municipal Sports and Recreation.

As for the San Juan Department of Health, the elected mayor has appointed Dr. Luis Clas Fernández as director. “For employees, it’s time to give them all the tools to do their job efficiently. We need to address and prioritize technology and innovation, among other resources. “said Clas, who described himself as an “open” official willing to work in a team and receive suggestions. “For patients, you are our priority and all my actions will be patient-centered,” he said.

In academic terms, the Class has a PhD in Medicine from Central University of the East, a master’s degree in Health Services Administration from the Medical Sciences Campus (RCM) of the University of Puerto Rico and another in Public Health from the same institution. . He is currently an adjunct professor at RCM Graduate School of Public Health.

“I have to conclude how bleak the health system in the capital is,” the doctor said, expressing his feelings after attending eye exams at San Juan health facilities as part of the administrative transition process. He criticized, for example, the maintenance problems in the municipal hospital that cause an underutilization of the hospital facility. The doctor said he would seek to strengthen a preventive approach to health in the capital.

“If anything has been learned from this pandemic (from COVID-19), it is the importance of prevention and it will be my spearhead to fight all these diseases.”, he pretended.