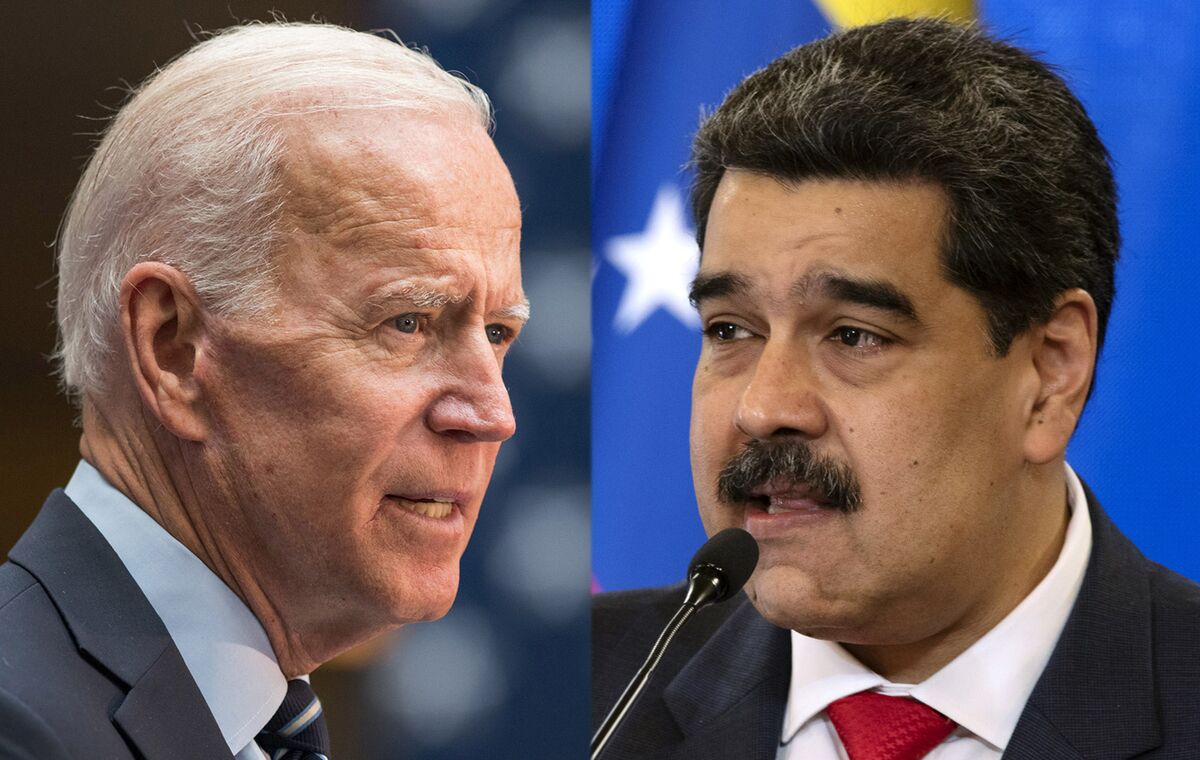 President-elect Joe Biden’s advisers are preparing to negotiate with Nicolas Maduro’s regime in Venezuela in an effort to end the worst economic and humanitarian crisis in the Western Hemisphere, according to three people familiar with the matter.

The Biden administration intends to press for free and fair elections, instead offering exemptions from sanctions, said people, who requested anonymity because the new team is being formed. In a deviation from the Trump administration, which insisted that it will only negotiate the terms of Maduro’s surrender, Biden’s advisers do not set this as a precondition and are willing to talk directly.

The president-elect’s team will review existing sanctions to determine where to extend restrictions with the help of international allies and what measures could be taken if Maduro moves toward the democratic goal, people said. Maduro’s foreign supporters, including Russia, China and Iran, are expected to play a role, as will Cuba, which wants to improve relations with the United States.

Maduro has shown an interest in improving relationships when Biden takes office, expressing his desire for the new administration to ease the sanctions that have crushed the nation’s oil revenues. The Venezuelan economy is expected to contract by a third in 2020, according to Ecoanalitica in Caracas.

Internally, Biden will fulfill his promise of temporary protected status, which would allow Venezuelans who fled to the United States to remain, people said.

A spokesman for the Biden-Harris transition declined to comment.

On this Venezuelan Independence Day, my thoughts are with Venezuelans who continue to work tirelessly for the cause of democracy. It is time for free and fair elections, so that the Venezuelan people can turn the page on the corrupt and repressive Maduro regime.

One of the most thorny issues for Biden is how he will address opposition leader Juan Guaido’s presidency. The United States and more than 50 countries recognized Guaido as interim leader in early 2019, when he took over the leadership of the National Assembly, claiming a vacancy for president, because Maduro rigged the May 2018 elections.

Despite leading the precipitous deterioration of the oil-rich country since he succeeded the late President Hugo Chavez in 2013 and struggled over the years to force him out, Maduro remains defiantly in power. Earlier this month, his loyalists won parliamentary control after boycotting the opposition. Canada, Colombia, Brazil and the United States were among the first to reject the results.

In theory, Guaido will lose his seat as head of Venezuela’s National Assembly on January 5th. Biden takes over in Washington only two weeks later.

Since the end of November, the opposition leader’s team has tried to arrange a call with Biden, without success so far, said three people familiar with the efforts. Guaido and his allies intend to hold a duel meeting, invoking their constitutional mandate to remain in office until free and fair elections. Many are hidden or exiled while facing threats to their personal safety.

The Biden administration intends to turn its attention to the Venezuelan opposition and what appears to be the national consensus, according to people with knowledge of the strategy.

It may take some time to resolve the issue. Guaido’s popular support declined with failed attempts to remove Maduro. Even some of Guaido’s allies are reluctant to hold an interim presidency indefinitely. At the same time, former presidential candidate Henrique Capriles criticized 37-year-old Guaido, saying the anti-Maduro movement lacks an effective leader, while Henri Falcon, who ran against Maduro in 2018 , robbed the boycott of the opposition.

With Guaido struggling to stay relevant in Washington, some of his advisers raised the high goal of the “mega election” next year – provided they meet the conditions to protect the process – that they would vote in a new president and parliament, as well. organizes already scheduled government races, according to four people familiar with the talks.

Previous negotiations between the Maduro regime and government opponents have often stalled in opposition to the nation, failing to present any of their demands and drawing attention to participation in future talks.

Complicating matters, Trump also warned of a “military option ”, even if his advisers did not embrace him. In March, the State Department turned to both Maduro and Guaido stand aside and allow a transitional government to take power to call elections. Also, this proposal failed to break the deadlock.

In his pressure to ease sanctions, Maduro has an unlikely ally in the US business community. A group of Venezuelan creditors lobbied for the Treasury Department to lift its restrictions on trading the country’s bonds, which led to a decrease in the value of the notes. Other executives have their eyes on licenses that would allow them to settle in the largest proven oil reserves in the world.

A more immediate concern is how to facilitate the transport of humanitarian aid to address a growing hunger crisis. Maduro has blocked an agreement to allow the United Nations food agency to enter the country because it insisted on controlling distribution. The US government has pledged to work with multilateral humanitarian organizations, but it is unclear what will be needed to close the gap.