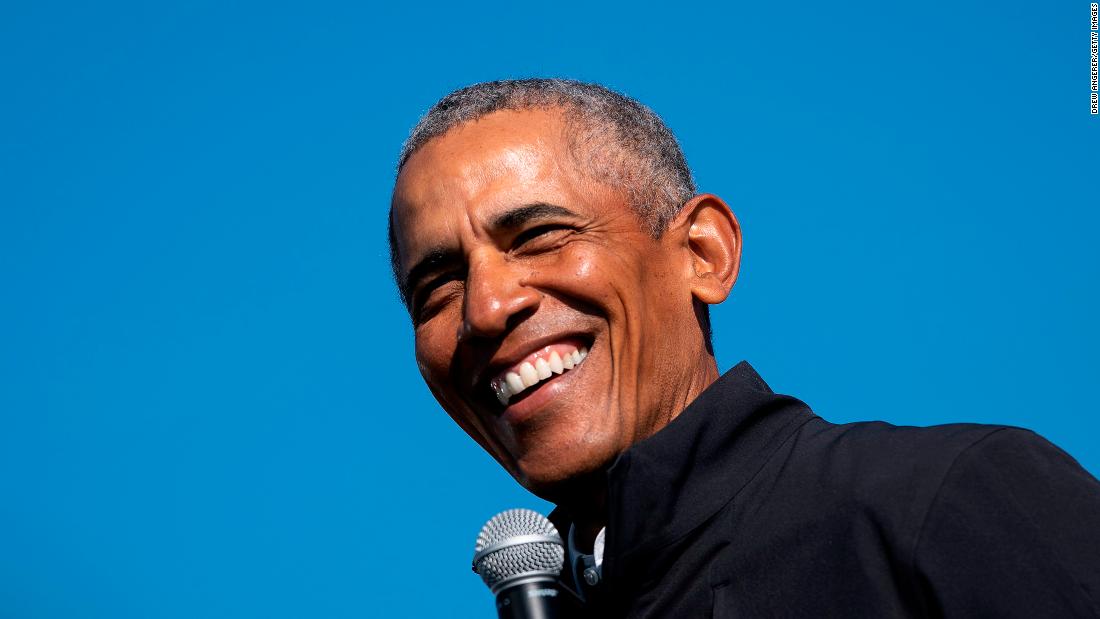 The former president, in a Twitter post on Thursday, featured 17 titles – including Isabel Wilkerson’s “Caste”, Brit Bennett’s “The Vanishing Half” and C Pam Zhang’s “How Much of These Hills is Gold.”

“I’ll start by sharing my favorite books this year, deliberately omitting what I think is a pretty good book – A Promised Country – of a certain 44 presidents,” Obama joked. “I hope you enjoy reading them as much as I do.”

“The Splendid and the Poor” by Erik Larson

“How Much of These Hills is Gold” by Pam Zhang

“The Twilight of Democracy” by Anne Applebaum

“The Half That Disappears” by Brit Bennett

“Ministry for the Future” by Kim Stanley Robinson

“Sharks in the Time of Saviors” by Kawai Strong Washburn

“The Missionaries” by Phil Klay