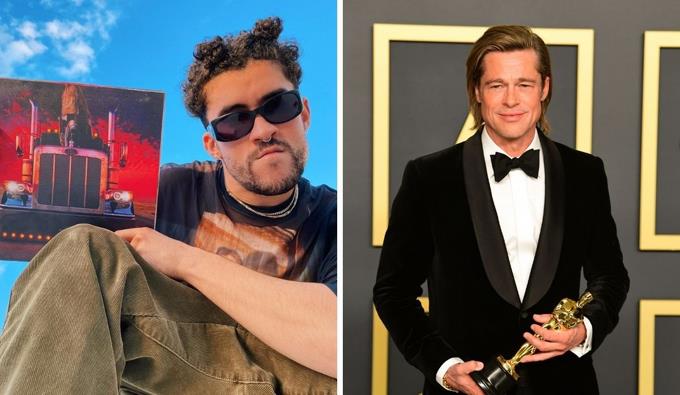 Puerto Rican Bad Bunny, one of the largest exponents of the Latin urban genre in the world, will soon participate in the action film “High speed train”, in which the famous American actor Brad Pitt will also participate, the specialized press Deadline reported.

Other actors who will be in the cast are Joey King, Aaron Taylor Johnson, Brian Tyree Henry, Zazie Beetz, Michael Shannon, Logan Lerman, Masi Oka and Andrew Koji, the deadline mentioned on his website.

“Bullet Train” is based on the Japanese novel “Maria Beetle” by Japanese writer Kotaro Isaka.

Ryosuke Saegusa and Yuma Terada, from CTB and representing Isaka, will produce the executive film, as will Kat Samick and Brittany Morrissey for Sony Pictures.

“Bullet Train” at this time, It will be Bad Bunny’s second film experience, after making his acting debut in the film “American Sole” and in which he will be part of the production team with American comedian Kevin Hart and basketball player Chris Paul.

Other actors participating in “American Sole” include Pete Davidson, a member of the cast of the television show “Saturday Night Live”; OShea Jackson Jr., the eldest son of legendary American rapper Ice Cube; Camila Mendes and the offset rapper.

The film is directed by Ian Edelman, who has already had experience directing other Puerto Rican actors, including Luis Guzmán, in the film “Puerto Ricans in Paris”.

“We are very pleased with the way the cast is entering and we are excited that Bad Bunny is part of the film,” said Fogelson, president of STXfilms Motion Picture Group.

“As an actor”, with a mention of Benito Martínez – Bad Bunny’s first name – “will offer an incredible value of entertainment, but with real authenticity in his role”.

The Puerto Rican artist is also expected to stand out in his role as a guest star in the third season of the Netflix series “Narcos: Mexico”. Bad Bunny will play the character of Arturo “Kitty” Paez, a member of the band Ramón Arellano Félix “Narco Juniors”.

Ragman will be a rich young man from high society who falls in love with a cartel.

This third season will be set in the 1990s, when the drug business began to globalize.