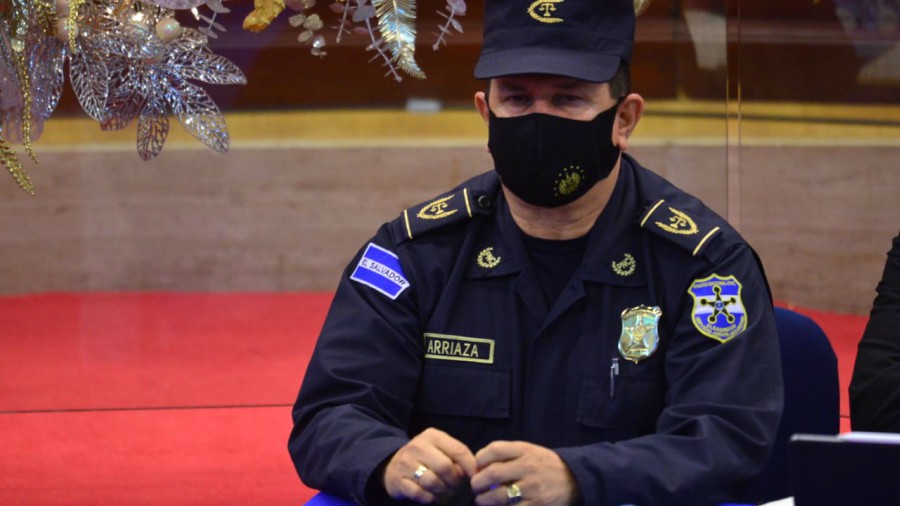 As it is a mandatory resolution, Arriaza Chicas has already been dismissed as director of police. In the opinion of Minister Cristina Cornejo, if President Nayib Bukele does not comply, then he will bear the crime of disobedience.

On Thursday, deputies approved the mandatory dismissal of the director of police, Mauricio Arriaza Chicas, for “human rights violations”, before, during and after February 9, in his participation in the military takeover of the Assembly.

According to the final report approved by 58 votes in plenary, it is established that Arriaza Chicas violated the right to vote by creating conditions of pressure and intimidation of deputies to vote for an action in which they did not agree, being that the legislators represent citizenship by election by popular vote.

As the resolution approved by the deputies is mandatory, Arriaza Chicas has already been dismissed from the position of Director of Police. However, according to Minister Cristina Cornejo, if President Nayib Bukele does not comply, then he will bear the crime of disobedience.

The report states that “from the night of 7 February 2020, the security agents assigned to Members were separated from their usual duties, the agents for the protection of important personalities (PPI agents) were called to the first headquarters of the police response group, remaining there until 11 in the morning, on February 8.

SEE ALSO: Arriaza Chicas could be sentenced to four years for breach of duty

This order came from the PNC, when the agents finally left the facilities where they had been called, they were not allowed to carry their weapons, for which they had to return to their tasks of protecting the deputies without having any weapons. “.

Deputies posted expressions questioning what happened on February 9. ARENA Deputy Mauricio Ernesto Vargas assured that civil servants have limits, and these are determined by the Constitution.

“They are state officials and they are not administrators of a person. Obedience and obedience have limits and it is the Constitution. February 9 was a dark day for this nation. The violation of the Constitution is very clear, there is no doubt “, said Vargas.

He added that 9F has shown that the Government is instrumentalizing security institutions and continues to do so. “This must be a worrying sign for Salvadorans. We return to that history that our lover El Salvador had and that we closed through a reform of the political system with high costs for society “, he deepened.

While the head of the FMLN faction, Nidia Díaz, said that President Nayib Bukele committed an act of sedition, a crime that was denounced by the deputies the same day in the Prosecutor’s Office, that it attacks the institutional order of the country, there is the complaint, as well. made against Walter Araujo, with premeditation and betrayal, intellectual and material actor, because he (Bukele) sat in that chair (of the President of the Assembly) and chaired the plenary session and said: today they will know who is responsible “, And Diaz recalled.

GANA MP Guillermo Gallegos was the first to intervene and explained that they would not vote for the mandatory dismissal report of the police director, which he considered “an abuse”. In addition, he announced that President Bukele will not carry out what the Assembly approves on Thursday.

“This decision will not be taken by the President of the Republic as illegal and unconstitutional, which is not correct. We will not vote for this opinion, “Gallegos said.

In view of this, MEPs conclude in the report read on Thursday that “it is clear that the actions taken by the authorities have been coordinated and planned well in advance, as on the one hand they have left PPI agents without the protection of MEPs. To the Legislative Assembly, while the military personnel came into possession of the surroundings of the Legislative Palace ”.

They also approved the recommendation to dismiss the Minister of Defense, Francis Merino Monroy, and also notified the Prosecutor’s Office of the possible commission of the offenses of “rebellion and sedition” to both officials and President Nayib Bukele; the Chief of the Presidential Staff, General Manuel Antonio Acevedo López; of the Chief of Staff of the Armed Forces, General Carlos Alberto Tejada Murcia.

SEE ALSO: The prosecutor’s office accuses the police director in court of violating his obligations

The actions taken are covered by Title XVII of the Criminal Code: “Crimes related to the constitutional system and public peace”, which contains the criminal types of rebellion, sedition, proposal, conspiracy and excuse to commit rebellion or sedition provided and sanctioned in Article 340 and the following from that regulatory body “, it is shown in the part of the report.

According to FMLN and ARENA deputies, after studying the videos, evidence and testimonies received by the special commission that investigated what happened on February 9, it was established that the officials in question are responsible for participating in a “coup”.