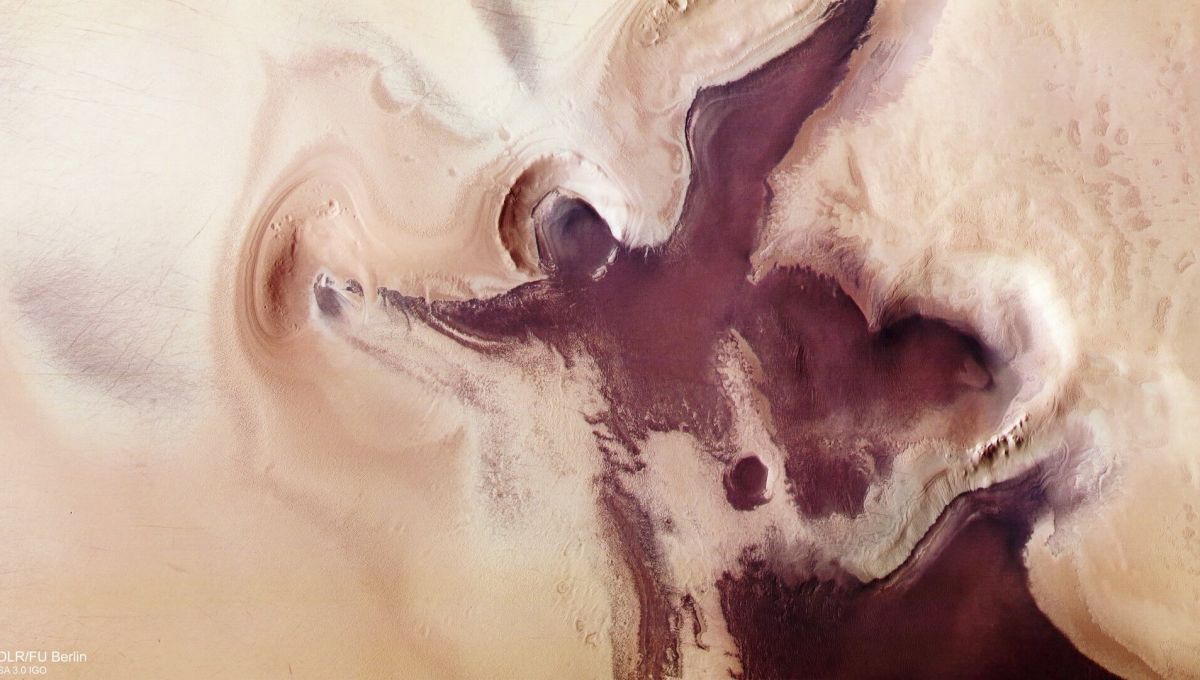 It is summer at the south pole of Mars, and angels and devils come out to play. You can see them both in a stunning new image of the recently thawed pole made by the European Space Agency (ESA).

It must be said that the devils are made of dust. Just like on Earth, Martian dust devils it is formed when a pocket of warm air rises suddenly through a column of cold air, creating an upward current. (Unlike Earth, these dust cyclones can rise 6 miles or 10 kilometers high). You can see the scratch marks of such a cyclone in the dark region on the left side of this image.

And what about the angel? For an explanation, we will have to go to heaven. Take a close look at the “halo” around the angel’s head and you will notice the steep and sloping walls of an impact crater. According to a statement from ESA, this etheric feature is the product of a meteorite collision that dug deep into the crust of the Red Planet, building a crater and revealing the layers of ancient sediments below.

Related: The strangest 12 objects in the universe

The old layers have a dark red hue and are visible in this image throughout the angel’s body, as well as through the heart-shaped structure under the right wing. From what this reddish thing is done, scientists are not sure. These strange, dark deposits are found all over Mars and are believed to be the result of ancient volcanic activity, long buried under the Martian crust, according to ESA. Erosion, asteroid impact and scorching winds have slowly brought these mysterious red scars to the surface.

This image was captured by ESA’s Mars Express spacecraft, which has been orbiting the red planet since 2004. These mysterious structures near the Martian South Pole are now visible only because of the season; normally, the entire area would be covered in a 250-mile-wide ice cap. Be thankful you don’t have to get the car out of this.