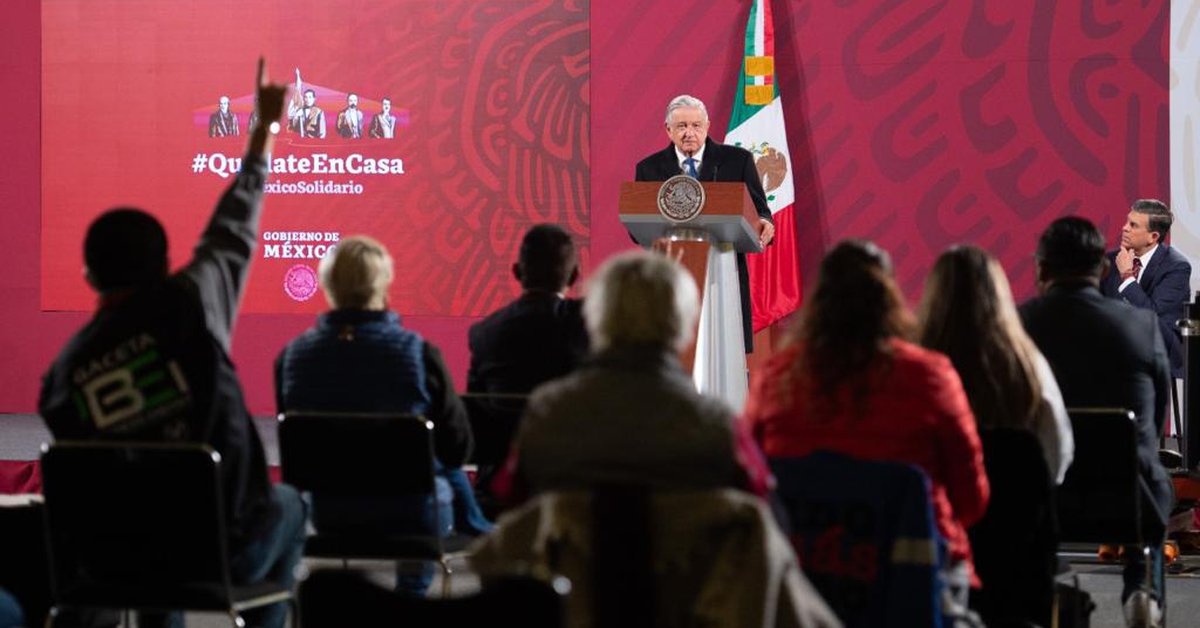 Mexican President Andrés Manuel López Obrador was heard during his morning conference the possibility for the country to implement restrictive measures on flights in the United Kingdom in the light of news of a new strain of virus causing the COVID-19 pandemic.

In view of this, the President revealed that this morning, in a meeting with his cabinet, the Secretary for Health, Dr. Jorge Alcocer, and the Head of the Undersecretariat for Prevention and Health Promotion, Dr. Hugo López-Gatell, explained that It is not exactly a new “strain”, but a variant of the SARS-CoV-2 virus.

With regard to the possibility of taking restrictive measures, the President acknowledged that “It simply came to our notice then […] it was agreed that we will have a health session tonight, the case will be analyzed “. He added that tomorrow, when a report on the state of the country’s pandemic will be presented, “A report will be given on Mexico’s position.”

The knowledge of this new strain of virus in the United Kingdom has closed the borders of flights coming from that country to several European countries. In Latin America, the countries that have already announced restrictive measures have been Argentina, Chile, El Salvador, Colombia and Peru.

Although the British medical authorities insist that This new strain has not been shown to increase its transmissibility by 70%, the British Prime Minister, Boris Johnson, declared that the new variant increases its chances of spreading with this proportion.

On the other hand, the medical director of Great Britain, Chris Whitty, does not exclude this the SARS-CoV-2 virus vaccine, which has already begun to be administered in the country, is also effective for this new variant.