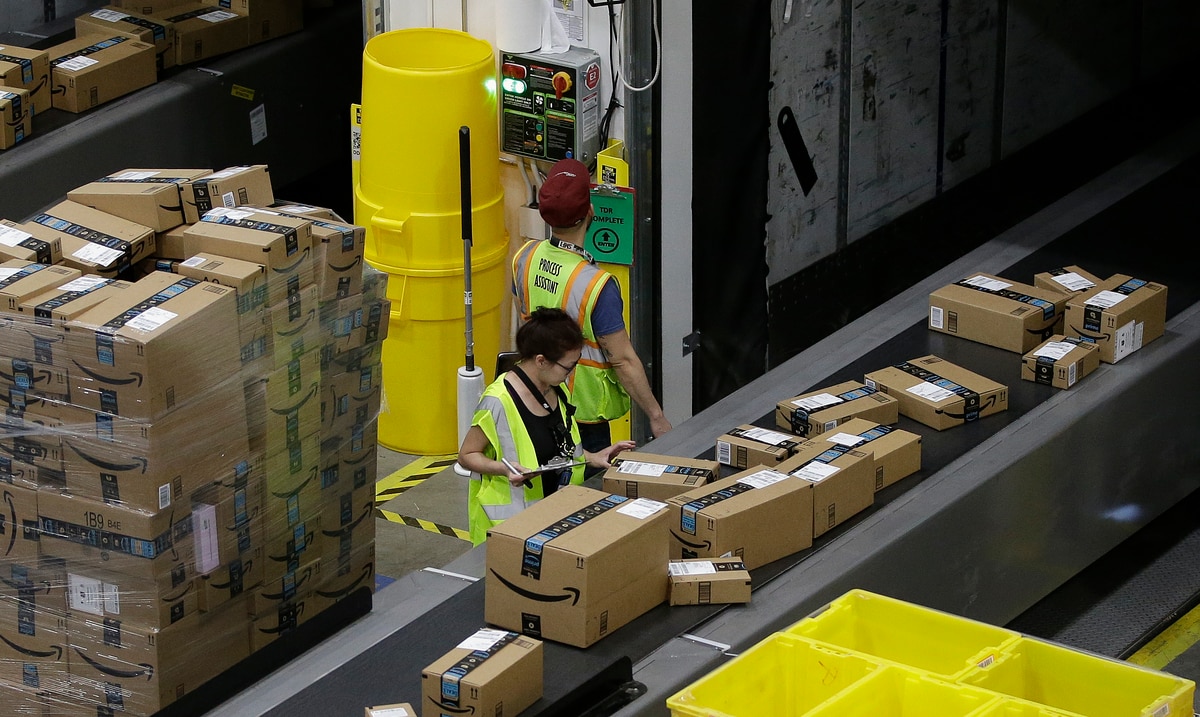 Chicago – Millions of packages and gifts, as part of Christmas sales, risk not arriving in time to be placed under the tree during Christmas next week.

Adobe Analytics estimates naive sales of $ 184 billion this year, up 30 percent from last year, delaying the delivery of millions of packages.

The problem is not only the United States Postal Service (USPS), but also private companies with large distribution infrastructure, such as FedEx, UPS or Amazon. They all have delivery delays and, like retailers, issue warnings and apologies to consumers, who turn to social media to send their complaints.

The postal service acknowledged temporary delays due to a “historic package volume record” challenging its capacity, as well as a shortage of employees due to the COVID-19 pandemic, according to a statement.

ShipMatrix, which analyzes delivery data in the country, reported that at the beginning of the season most companies maintained their regularity of deliveries. Between November 22 and December 5, FedEx, UPS and the Postal Service delivered on time 94.9%, respectively 96.3% and 92.8% of parcels.

For its part, UPS delivered about 83% of its packages on time in the week ending December 10, while FedEx delivered 66% on time, up from 75% the previous week.

Companies have taken steps to handle additional packages, including working on Sundays, but with the current delays there are still about 2.5 million packages that could take a day or two longer than expected to reach their destination.

Amazon had to hire hundreds of thousands of workers to meet the demand for home delivery during the pandemic. UPS and FedEx announced 100,000 and 70,000 seasonal jobs, respectively, to help solve the additional packages, but it was not enough.

As Christmas Eve approaches, many department stores seem to be dropping home deliveries and urging customers to pick up their purchases in person, rather than risk late delivery.

Record Christmas online sales should come as no surprise, according to KPMG, which surveyed consumers in 12 different markets to understand how their needs and expectations are changing. One of his conclusions in the middle of the year was that security became one of the main factors of purchase, and even the idea of ​​dealing with the typical crowds of that data in shopping malls was enough to stay home and use the Internet.

How much consumers would spend was another of the main unknowns about Christmas shopping and, in some segments of the population, the fact that the mobility restrictions imposed by the pandemic prevented them from traveling on holiday, eating in restaurants or shopping. translated into an increase in available funds.

Given mostly travel and entertainment expenses, consumers have more money to spend on other items, the National Federation of Retailers reported.

“Many people have lost their jobs and incomes due to the pandemic crisis, but there are others with better spending capacity that have manifested themselves in online shopping,” said the group’s chief economist, Jack Kleinhenz.

The forecast for a 30% increase in online commerce this holiday season contrasts with the 8% increase recorded in 2019, he added.

For his part, Enrique Mazón of Salesforce said that online sales “will not fully compensate for the expected slowdown in physical stores due to the crisis, but will be essential to help retailers close the gap this season.” Christmas “.