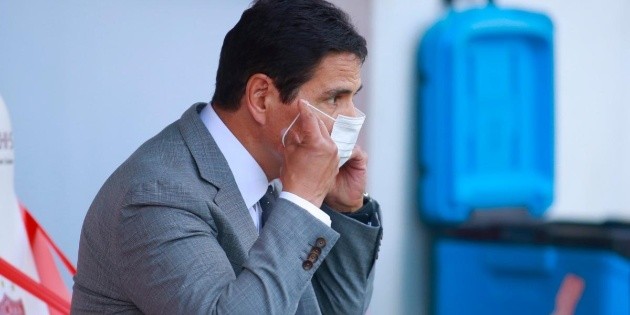 The clock is ticking The Blue Cross. Cement producers remain without action before the imminence of next season and the signing of a new coach. Just one week before the start of the training sessions, the cement manufacturers are still not “hitting the ball” on the best candidate for replacement Robert Dante Siboldi On the bench.

Jaime Ordiales was tasked with the daily reformulation of the list of possible candidates and, despite the fact that Alfonso Sosa’s had already been cut, the former strategist of Necaxa He does not lose hope of directing La Maquina and confesses that he is still waiting for the sports director’s call to specify his arrival at La Noria.

“Yes, of course (about waiting for a call from Ordiales), Cruz Azul is an institution to which I have a lot of admiration, a lot of affection. Imagine, since I was little I was a fan of Cruz Azul, I played in Cruz Azul, I worked as an assistant in Cruz Azul; it is an institution that I know very well. Any of us in this environment would like to be part of this great team. “Poncho Sosa said in an interview with the daily Récord.

The former helmsman of the late Pachuca Juniors, Indios, Leones Negros, Necaxa and San Luis, does not hide his predilection for the cement group and stated that Cruz Azul’s current team must aspire to the title that has lasted them for 23 years.

“It is a team that is perfectly armed for this situation (to get the championship). It is ideal for any coach.“, remarked Sosa, who was fired from Necaxa on September 5 after four defeats by Los Rayos in just eight days of the match in Guard1anes 2020.