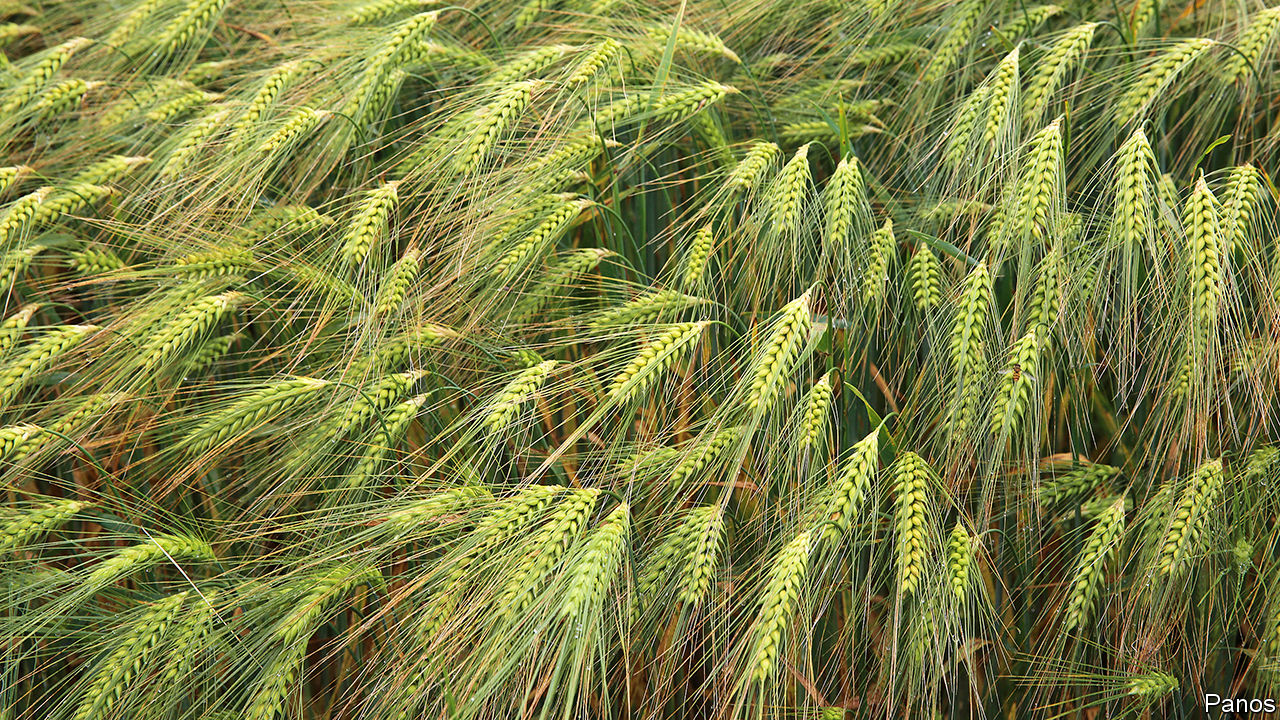 WThe heat was among the first plants that were domesticated and is now the most widespread crop in the world. It sounds, therefore, unlikely that much remains to be learned about what makes him prosper. However, about 12,000 years after the relationship between humans and wheat began, a wheat plant was caught doing something unexpected. He was helped with a much-needed dose of phosphorus when his leaves received a layer of desert dust.

The plant (or rather the plants) in question was in the care of Avner Gross of Ben Gurion University in the Negev, Israel. According to Dr. Gross at this year’s meeting of the American Geophysical Union, which took place online in the first half of December, his study was determined by the hikes he had made near Neve Shalom, his native village in The hills of Judea. On these, he often noticed leaves of plants completely covered with dust that were transported there by sandstorms in the Sahara desert.

It occurred to him that this dust might not be the annoyance of blocking the light that appeared at first sight. On the contrary, it could be beneficial because of the elements that increase growth, such as the phosphorus it contained. Until then, botanists had assumed that phosphorus that collapses on a plant has a small value because it is enclosed in an insoluble mineral called apatite. This makes it unavailable for absorption. Dr. Gross, however, argued that plants that evolved near deserts, the source of almost all natural dust in the atmosphere, could have evolved a way to exploit it.

He and two colleagues, Sudeep Tiwari, also from Ben Gurion, and Ran Erel from the Gilat Research Center, therefore began experimenting with a pair of species, wheat and chickpeas (the 17th most planted culture in the world), both from the Middle East. East. As a control, they also grew corn, an American plant that evolved in a much less dusty environment.

First, after setting them as seedlings, they starved their phosphorus loads until signs of deficiency appeared, such as yellow leaves. Then they scattered the desert dust on the leaves of half of the specimens of each species, while taking steps to stop any of them from reaching the ground. After that, although powdered corn continued to suffer from phosphorus deficiency, wheat and chickpea plants multiplied and grew to more than double the size of their laboratory counterparts. Moreover, these species were clearly prepared for the arrival of dust. As soon as the lack of phosphorus was announced, two things happened. Their leaves have become hairier and therefore better at capturing dust. And those leaves also began to secrete acidic fluids that could dissolve any apatite, helping to absorb phosphorus.

The fact that plants can take up phosphorus through their leaves is not in itself news to farmers – as this was established in the 1950s. But so far, the practical consequence of such knowledge has been that crops are sprayed with liquid fertilizers. derived, in turn, from rocks containing apatite which have been treated with acid. Leaf dust could, Dr. Gross suggests, be an alternative and more effective way to provide desert-derived crop species with the phosphorus they need. And maybe not just those. His next plan is to look at avocado and cocoa trees, which have evolved in the tropical regions of America, which regularly get a useful transatlantic dose of Saharan dust transported west by trade winds. It will be interesting to see if they are up to the same tricks as wheat and chickpeas.■

This article appeared in the Science and Technology section of the print edition under the heading “Good Capture”.