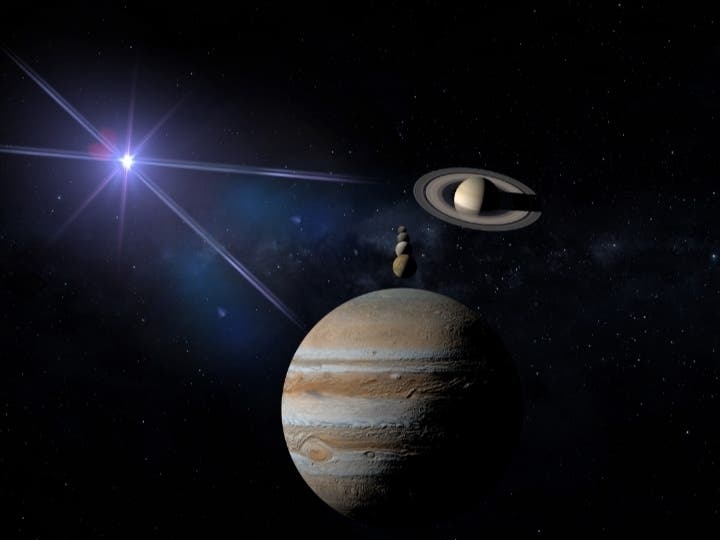 RANCHO MIRAGE, CA – December 21, 2020, marks the winter solstice – the longest night of the year – and the planets will celebrate with a display for all earthlings to watch.

What has become popularly known as the “Christmas Star” is a particularly vibrant “planetary conjunction” visible in the evening sky, culminating this year in the winter solstice, according to NASA.

The “star” is actually the planets Saturn and Jupiter that line up in the sky from our point of view on Earth and it’s been almost 400 years since the huge gas giants passed so close to each other in the sky and almost 800 years since the alignment the two took place at night, allowing almost everyone around the world to witness the “great conjunction.”

From our point of view on Earth, the planets will appear very close, but will remain hundreds of millions of miles in space.

While the conjunction takes place on the same night as the winter solstice, the timing is just a coincidence, based on the orbits of the planets and the tilt of the Earth, according to NASA.

To help us Earthlings watch the event, the Rancho Mirage Library and Observatory – and city astronomer Eric McLaughlin – will train the observatory’s telescopes on the two planets for unprecedented views.

Everyone is invited to watch online with a free live stream starting at 16:30 PST. Watch the amazing show here.