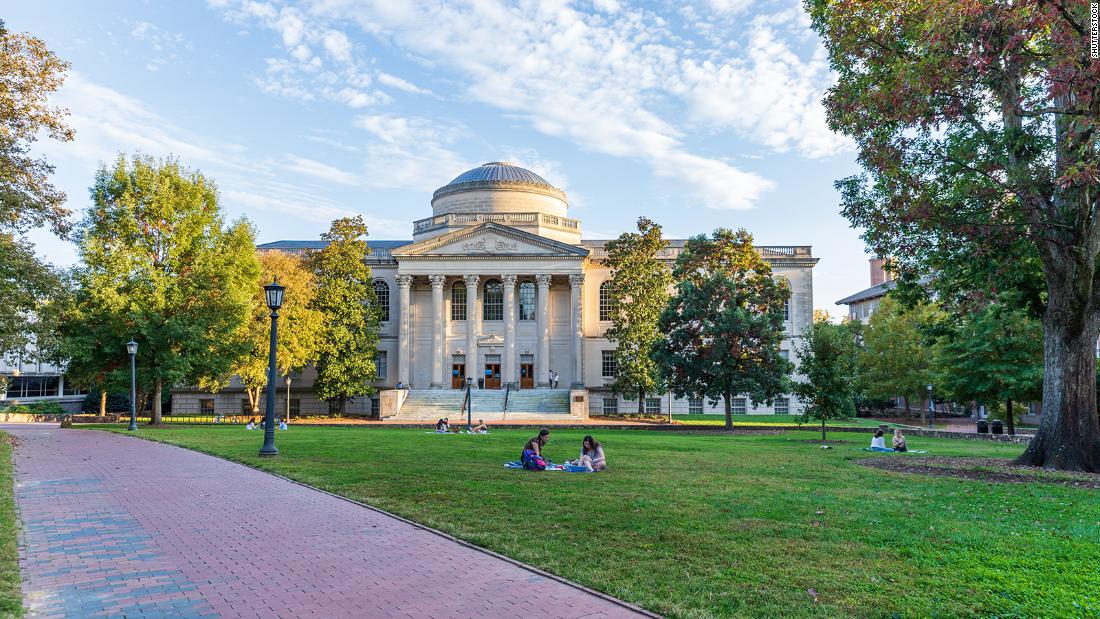 American attorney Matthew Martin said in a news conference that those arrested were charged with trafficking drugs in and around the campuses of the University of North Carolina-Chapel Hill, Duke University and Appalachian State University. He said members of several fraternities were being charged and more arrests could be made.

The investigation began in 2018, according to a press release from the U.S. Attorney’s Office for the Middle District of North Carolina, and the first person was charged in November 2019. The rest were charged between July and December.

The investigation conducted by a task force of the US Drug Enforcement Administration and the Orange County Sheriff’s Office “revealed drug activities involving members of various fraternal organizations at universities across the state,” the press release said.

According to the US Attorney’s Office, illegal drug activities are specifically reported between UNC chapters Phi Gamma Delta, Kappa Sigma and Beta Theta Pi between 2017 and the spring of this year.

One of the 21 defendants was a Duke University student who allegedly distributed cocaine to fellow students and brotherhood members of UNC-Chapel Hill, the US attorney’s office said.

Martin said the suspects reportedly moved more than a thousand pounds of marijuana and hundreds of pounds of cocaine and other drugs through their supply chain over several years. According to the DEA, the drug’s proceeds were more than $ 1.5 million.

“This is about saving lives,” Martin told reporters on Thursday. “This is really a public health crisis. We really need to work together, cut the supply.”

Robert Murphy, DEA special agent responsible, said in the press release, “The drug crimes committed by these fraternities have contributed to a toxic and dangerous environment on these college campuses. The arrest of these drug traffickers makes these college campuses and their respective communities safer.”

In statements to CNN, all three universities said they were cooperating with law enforcement.

Chancellor Kevin M. Guskiewicz of UNC-Chapel Hill said the school was “extremely disappointed to learn of these alleged actions on our campus.”

An Appalachian State statement said officials are “committed to providing a safe campus, and will continue our work with education and prevention, as well as using student behavior and law enforcement processes to do so.”

Eight of the suspects have pleaded guilty to at least one charge, prosecutors say. One, Francisco Javier Ochoa, 27, of Turlock, California, pleaded guilty to drug conspiracy charges last month and was sentenced to 73 months in prison.

The national offices of the three fraternities at UNC issued statements to CNN after the allegations were released Thursday.

“It is shocking to hear of allegations involving our department and others at the University of North Carolina,” said the Phi Gamma Delta statement. “These allegations are very serious, suggest behavior that violates our policies and values, and we have zero tolerance for the alleged actions. to understand.”

Beta Theta Pi said the charge relates to one of its members who graduated last year.

“The Brotherhood does not tolerate the possession, sale, distribution or use of illegal substances and maintains its chapters to high standards to maintain a safe environment for all students,” said Beta Theta Pi. “We are working with our students, volunteers and UNC administrators to determine next steps and will take appropriate action as new information becomes available.”

The national organization of Kappa Sigma said its leadership is “very concerned” about the allegations and will investigate them internally.

The local branch of the fraternity said two undergraduate senior members were among those arrested.

“The actions of these two individuals are not representative of the organization as a whole and are in violation of the code of conduct and bylaws of the chapters,” Kappa Sigma’s Alpha Mu chapter said in a statement. “Members were immediately officially suspended on November 3 pending deportation. As an organization and as a leadership, we are committed to assisting in the investigation and are ready to cooperate fully with the authorities.”