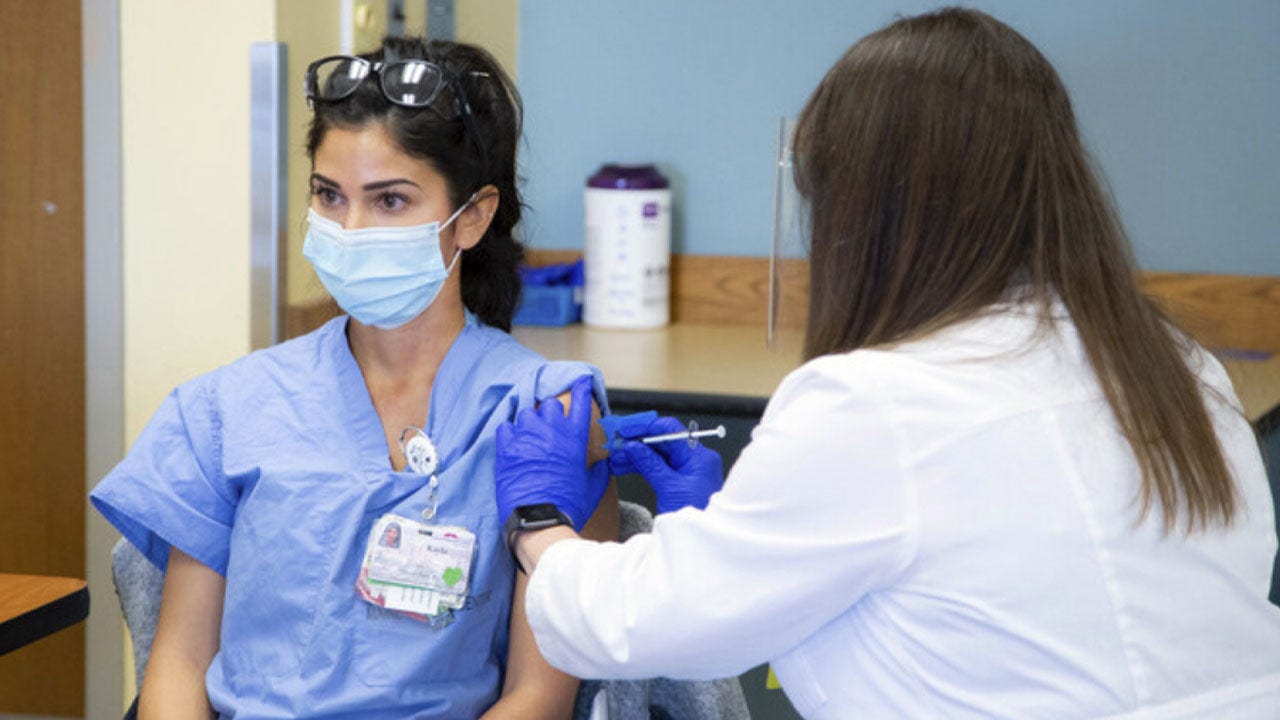 After national workers and nursing home residents receive the initial COVID-19 vaccines, who should be next?

A panelist of public health and medical experts, the Advisory Committee on Immunization Practices (ACIP), which advises the Centers for Disease Control and Prevention (CDC), will weigh and vote on the issue at an emergency meeting this weekend.

Panelists are bent on putting “essential workers” first, as bus drivers, grocery store officials and similar employees cannot work from home. These are the people who become infected most often and where concerns about racial risk inequities are most evident.

But other experts say that people aged 65 and over should be next, along with people with certain medical conditions. These are the people who die at the highest rates, they say.

The CDC usually supports the advice of the advisory group, ACIP. This process took place recently, when the director of the CDC, Dr. Robert Redfield, confirmed the group’s vote, recommending that the first doses of the long-awaited coronavirus vaccine be intended for health workers and residents of long-term care institutions.

However, Redfield previously said he is looking forward to giving priority to older people over the age of 70 who live in multi-generational households. “Families of Hispanic, black, and tribal nations often care for the elderly in multigenerational households and are also at significant risk,” Redfield said in a previous statement.

States do not have to follow the recommendations and each state has already submitted CDC COVID-19 distribution plans. Some experts say that this patchwork approach, instead of a national immunization plan, could lead to some people traveling across state borders to receive vaccinations earlier.

The agency may recommend giving equal priority to essential workers and the elderly, but this would form a priority group that is much, much larger than the number that can be vaccinated before spring.

It is estimated that there are about 87 million essential workers outside of health care, over 53 million elderly adults and 100 million Americans with underlying medical conditions, although there are some overlaps.

For reference, Secretary of Health and Human Services Alex Azar this week projected 20 million Americans vaccinated against COVID-19 by the end of 2020, up to 50 million vaccinated by the end of January and 100 million photos administered between the first and booster doses by the end of February.

Meanwhile, various trade organizations have called on the advisory group to consider prioritizing certain patient groups, such as the Muscular Dystrophy Association (MDA), which advocates on behalf of more than 300,000 Americans with neuromuscular diseases such as ALS, spinal muscular atrophy, and other muscular dystrophies.

In addition to a previous letter to ACIP, the association told Fox News that it communicates priority access for these patients in the field to state and local health departments.

“MDA is advocating directly with state and local health departments on the needs of the neuromuscular disease community for priority access to the vaccine in the early stages of allocation,” Brittany Johnson Hernandez, senior director, wrote in an email to Fox News of MDA policies and advocacy. . “This is an ongoing process as the federal government and jurisdictions finalize their allocation plans.”

Finally, the chair of the federal advisory commission, Dr. Jose Romero, said the committee is likely to discuss ways to help states narrow down which key workers should go first. For example, people who are considered essential but can work from home could be placed lower in the list than people who cannot stay 6 meters away from others while working.