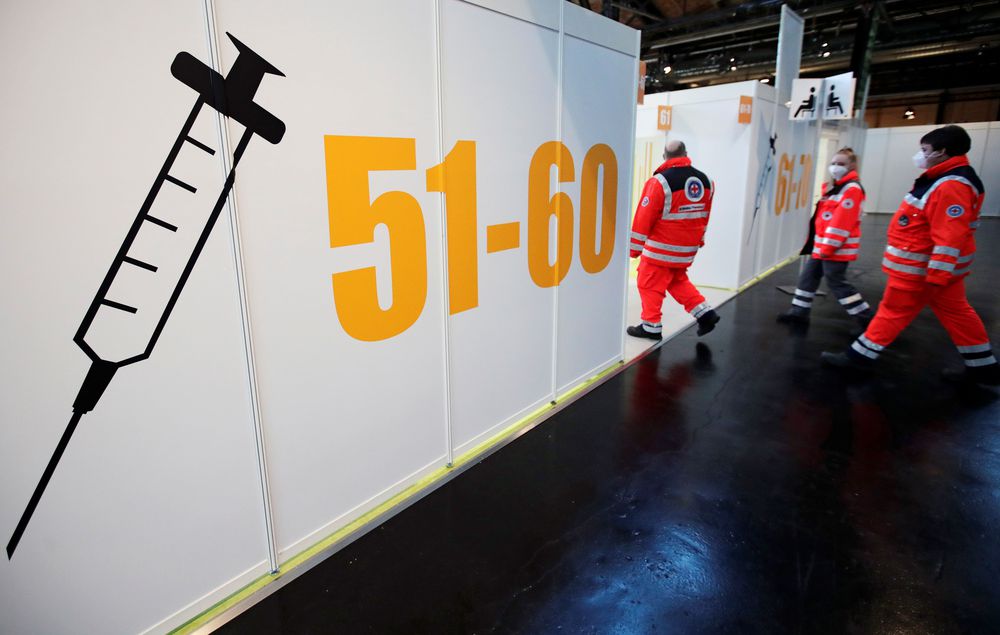 As expected, the European Commission on Monday authorized the sale of the covid-19 vaccine created by the German laboratory BioNTech and the American Pfizer, which will allow companies to start distributing the drug. The authorization came just hours after the European Medicines Agency (EMA) gave the green light to its use.

“It is a historic scientific achievement that a vaccine against a new disease has been developed in less than a year,” Emer Cooke, the agency’s chief executive, told a news conference in Amsterdam to announce the conditional approval of a vaccine called Comirnaty. . The medicine will be available to people over the age of 16 and given in two doses, at least 21 days apart. Previous tests performed on 44,000 people had an efficiency of 95%.

Cooke stressed that the speed of reaching the vaccine was “the result of an unprecedented mobilization and exchange of information between scientists, companies, regulators, health professionals and patients around the world.”

European Commission President Ursula von der Leyen welcomed the decision and promised to act swiftly to issue the marketing authorization for the new medicine. “I hope the decision will be made tonight,” Von der Leyen said, reducing to a matter of hours a trial that usually takes more than two months.

The antidote is the first that can be used across the EU in vaccination campaigns that will start next Sunday 27 and that throughout 2021 hopes to obtain immunity for most of the 450 million inhabitants of the community club. Europe thus follows the United Kingdom or the United States, where the BioNTech / Pfizer vaccine had already been authorized, albeit only for emergency use.

The formula followed in the EU was not an emergency, but a conditional authorization, a slightly longer process that allows marketing (something that is not possible with emergency use), distribution across the continent at the same time and a common leaflet for language vaccines. the 27 Member States. In addition, with the conditional authorization, manufacturers assume civil and administrative liability arising from the use of the vaccine, while in case of emergency they are exempted.

EMA announced on 1 December that it had received the BioNTech / Pfizer application for a conditional marketing authorization and only 20 days later, the agency had already recommended its acceptance. The Agency shall ensure that the speed is due to the fact that it reviewed information about the new medicine before the request. However, some governments, such as the German one, have shown impatience when the United Kingdom and the United States launched an emergency drug developed on European soil.

“It was a totally scientific assessment, period,” said Harald Enzmann, chairman of the agency’s Human Use Committee, which was tasked with examining data provided by pharmaceutical companies in clinical trials with thousands of volunteers. Enzmann emphasized that one of the advantages of the European system is that the 27 members of the Union participate in the agency “so the possibility of pressure from everyone at any given time is practically non-existent or non-existent”.

The European Commission also intends to maintain an accelerated pace and will issue the provisional marketing authorization on Monday or Tuesday, provided that it receives the prior approval of the 27 qualified majority voting Member States. The Commission’s process usually takes an average of 67 days, but Brussels has reduced it to less than 48 hours, due to the fact that the period of pronounced capital has been drastically reduced.

Also, the contribution to reducing the deadline is that the translation of the prospectus into all languages ​​will initially be published only in electronic format. To save time, pharmaceutical companies will be able to pack and label the vaccine with English-only text, and healthcare professionals will be able to access the package leaflet in their own language via the Internet.

Provisional authorizations are valid for one year. And the EMA recalls that it only issues them when the benefits of immediate use of the medicine outweigh the risks that may come from entering the market after a less complete analysis of the data. In addition, companies are required to continue to provide information to the Agency for a standard product authorization. In the case of BioNTech / Pfizer, they must continue to provide data for two years. Between 2006 and 2016, the EMA issued 30 conditional authorizations and none of them had to be revoked or suspended.

The EMA has indicated that the use of Cominarty will be “closely monitored”, as some side effects may only occur after it has been administered to millions of people. The company’s studies in the coming months will also determine the duration of protection afforded by the vaccine. With regard to a new strain of virus that has emerged in the UK, the EMA says it has no evidence yet of its impact on the vaccine. However, he considers “very likely that the vaccine will maintain protection for this new variant”.

It also remains to be seen whether its administration will prevent the transmission of the virus, which, according to the agency’s experts, will only be known when a significant number of people have been immunized. But the agency is convinced that, with the evidence available so far and a thorough and detailed analysis, it can be concluded that “there is sufficiently strong data on the quality, safety and efficacy of the vaccine”. Enzmann pointed out that “the main clinical trial involved over 43,000 people, one of the largest we have evaluated for a vaccine.”

– Search engine restrictions: What can I do in my city?

– This is how the coronavirus curve evolves in the world

– Guide to action against the disease