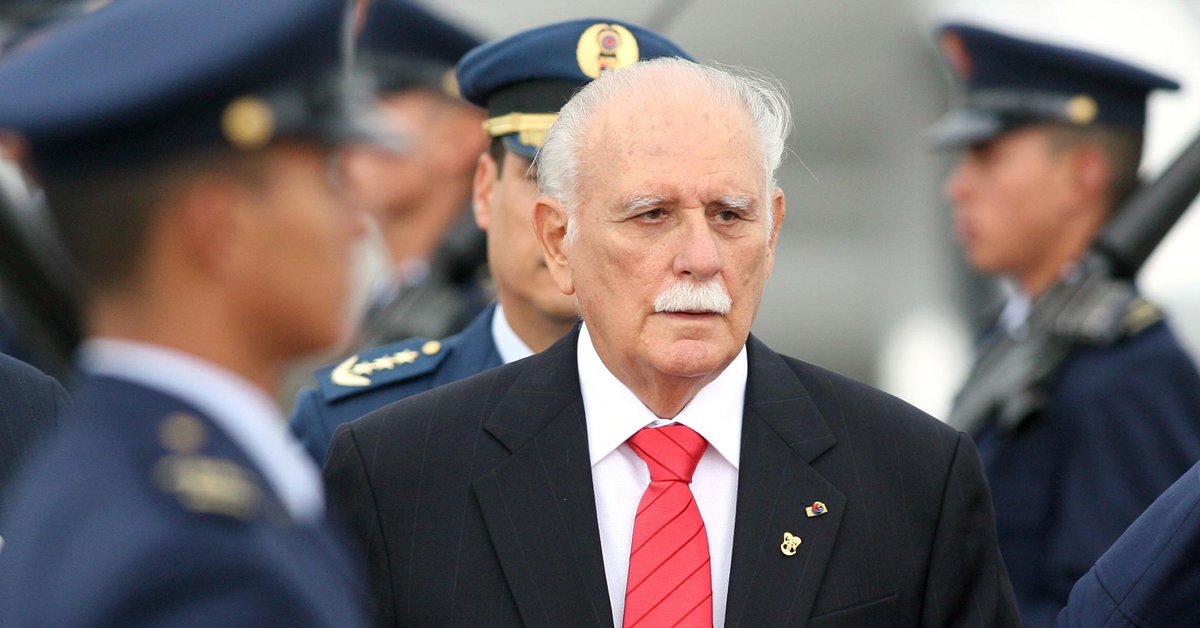 The Venezuelan journalist Jose Vicente Rangel, a skilled politician who has been a three-time candidate for head of state and vice president of the late President Hugo Chávez, died this Friday of cardiac arrestreported her family in a message on Twitter. He was 91 years old.

Rangel, chronicler and presenter of television shows, He was born in Caracas on July 16, 1929. He was exiled to Chile during the dictatorship of Marco Pérez Jiménez and returned to the country after the fall of the dictatorial regime in January 1958.

Related to leftist groups, Rangel was a deputy and presidential candidate in the 1970s for Movimiento Al Socialismo (MAS) and in the early 1980s with other organizations.

Hugo Chávez is an open supporter Following his coup attempt in February 1992, Rangel was the one who filed a complaint in the press about the unjustified spending of the official secret funds of the then government of President Carlos Andrés Pérez, prosecuted and dismissed in 1993 for that case.

Rangel had accompanied Chávez since the beginning of his rule, in February 1999, first as chancellor until February 2001, when he became the first civilian in the portfolio Ministry of Defence. He was in charge of the ministry until Chávez appointed him vice president in May 2002.

For five years, Rangel served as Vice President until January 2007 when he decided to leave active politics and soon returned to his show “José Vicente Hoy”, broadcast on Sunday. He stayed close to the ruling party.

In recent years, Rangel’s Sunday guests come mainly from the ruling party and his criticisms of Chávez and his successor, Nicolás Maduro, were almost non-existent.

Rangel was married to Ana Ávalos and had two children, one of them, José Vicente Rangel Ávalos, the current mayor of the United Socialist Party of Venezuela (PSUV) in power in Sucre, in the neighboring state of Miranda, Caracas.

(With information from Reuters)

MORE ON THESE TOPICS: