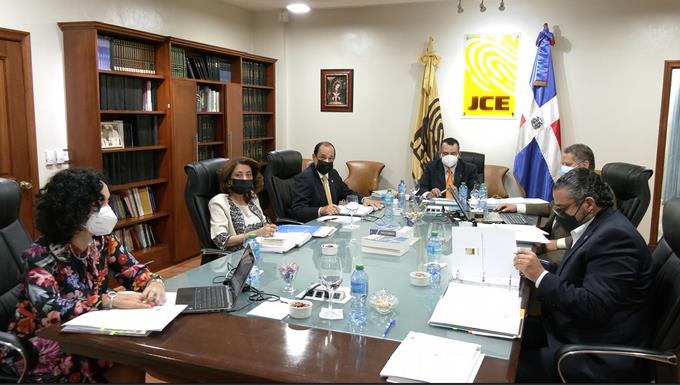 The Central Electoral Council has suspended the officials responsible for voting abroad in the cities of New York, New Jersey and Washington, in the United States, for 60 days.

He also opened an investigation into money used to vote abroad in Milan, Italy.

The decisions were made by the institution’s plenary session following a report by a special committee headed by the president of the JCE on the closure of the institution’s bank accounts in the United States.

Those who are suspended will continue to be entitled to their wages for 60 days.

Here is the device of the resolution approved by the plenary:

FIRSTImmediately initiate liaison work and the process of managing Central Electoral Council accreditation as a diverse entity through the Dominican Embassy in the United States, thus achieving the level of autonomy of the Council’s infrastructure, technical and financial capacity Central Electoral at territory of the United States of America, with the intention that it may have its own bank accounts.

SECOND: Immediately order an external audit of a private entity on the use of funds destined to vote abroad in the United States used in the last elections of 2020, without prejudice to the fact that this committee will continue the investigation in order to present a final conclusion to the plenary.

THIRD: Adopt the development of the regulations for the supervision and implementation of the administrative, financial, electoral and educational management to be regulated by the Dominicans Voting Directorate in each of the constituencies abroad.

FOURTH: Provided that, as soon as ing. Gilberto Regil Rafael Cruz Herasme, the enjoyment of his vacation, approved in the month of August 2020, from December 17 this year to January 11, 2021, temporarily ended, in his functions as Director of the Vote of Dominicanans Abroad, for a period of sixty (60) days with payment.

FIFTH: Order that Rafael Nicolás González Graciano be temporarily suspended from his duties as Supervisor for the OPREEs of New York and New Jersey in the United States of America, for a period of sixty (60) days with pay, from date.

SIXTH: Order that Gianilda Licelot Díaz Fernández and Ana María Matos Espinosa, administrative assistant and supervisor respectively, of the New York OPREE be suspended for a period of sixty (60) days in pay, as of the date.

SEVENTH: On an interim basis, appoint Dolores Pérez Castillo as the person in charge of the OPREE in New York, for the convenience of service provision and until a new decision by the plenary.

EIGHTH: To order temporary suspension of Sublime Larancuent Guzmán from her position as interim manager of the Washington OPREE for a period of sixty (60) days with pay, from date.

NINE: Order the initiation of an individualized evaluation of the performance of each president, member, and deputy, then review the restructuring of the OCLEEs of New York, New Jersey, Philadelphia, and Washington in the United States of America. To this end, the Electoral Councils Advisory Committee must take appropriate measures.