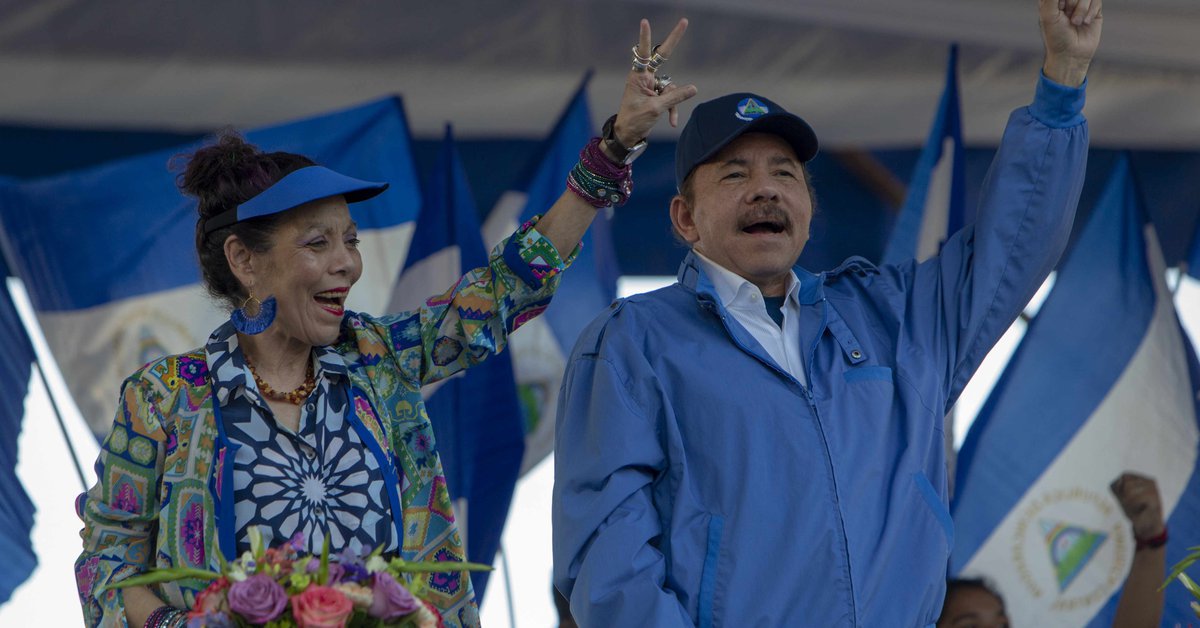 Nicaragua’s parliament, dominated by Daniel Ortega’s regime, adopted a law on Monday by a large majority to prevent the opposition from participating in the 2021 elections. Almost simultaneously, the United States announced new sanctions against three Ortega officials.

In an extraordinary session, the bench of 70 Sandinista deputies adopted the so-called “Law in Defense of the Rights of the People to Independence, Sovereignty and Self-determination for Peace”. Fourteen representatives of the Constitutionalist Liberal Party (PLC) voted against it, as it “unconstitutional”.

The controversial rule, approved by emergency procedures, prevents those who the government regards as “coup plotters” or “terrorists” from running for public and popular positions, despite the fact that the current constitution establishes full rights to political participation for all citizens without exception.

By law, those who “cannot participate in the 2021 general electionslead or finance a coup …, incite foreign interference, request military intervention …, propose or manage or demand economic blockades, exalt and applaud the imposition of sanctions against the state of Nicaragua and its citizens”.

They will all be “traitors to the homeland, so they will not be able to run for popular positions,” says the approved text. Criminal Code punishes up to 15 years in prison for the crimes of “terrorism” and “treason”.

Ortega has described as “coup plotters” and “terrorists” the opponents who took part in the social protests that broke out in 2018, which, according to data from the Inter-American Commission, left at least 328 dead, hundreds of prisoners and about 100,000 exiles as a result of state repression. of human rights (IACHR).

The director of the opposition’s civilian alliance, Juan Sebastián Chamorro, said Ortega must be “the first to be inhibited by the new law.” “The person who should enforce a law of this type is Daniel Ortega, for all the human rights violations he has committed and the damage he has causedChamorro said in a post on his social networks.

For his part, José Miguel Vivanco, director for America at Human Rights Watch, warned Sunday that the law – which is still in effect at the time of announcement – openly violates the human right to political participation and will help consolidate the Ortega-Murillo dictatorship “.

Meanwhile, the Treasury Department announced new sanctions against Ortega government officials in Washington on Monday. This time, those affected are the Vice President of the Supreme Court, Marvin Aguilar; Sandinista deputy Wálmaro Gutiérrez and police chief Fidel Domínguez, accused of leading the repression against opponents in the department of León, in the west of the country.

According to the Department of the Treasury’s Office of Foreign Assets Control (OFAC), these are officers “They are responsible for co-opting judicial or financial mechanisms to support the Ortega regime in the systematic identification, intimidation and punishment of the political opposition.”.

With these sanctions, 27 Sandinista officials have been sanctioned by the United States since 2017, accused of corruption and human rights violations.

Today the United States has imposed sanctions on three members of the Nicaraguan government who have allowed corruption and human rights violations by the Ortega regime. We support the Nicaraguan people’s struggle to restore democracy, ”Secretary of State Mike Pompeo said via Twitter commenting on OFAC sanctions.

The controversial Sandinista law was rejected by the opposition Civic Alliance and Blue and White National Unity, whose leaders are working on an electoral reform plan ahead of the 2021 elections.

On Friday, Ortega pointed out that those asking for sanctions are “not Nicaraguans.”

“Here, those who don’t defend Nicaragua and ask for sanctions … have lost the right to run for public office when elections come. Nor will they continue to fight to find candidates because the laws don’t allow it,” said Ortega, 75, who reigned in the 1980s, returned to power in 2007 and is aiming for a third consecutive reelection.

“They are not Nicaraguans, I don’t know how they think they will participate in elections with that attitude,” he insisted. “They are terrorists, they are criminals and they are selling land because they are asking for more and more sanctionsHe added.

On the same Friday, Parliament approved by 75 votes the nationalization of the energy distributor TSK-Melfosur Internacional – composed of the Spanish companies TSK and Melfosur and whose activities are controlled by the consortium Alba de Nicaragua. It is estimated that the measure is intended to protect the electricity sector from potential US sanctions.

More on this topic:

The horrifying mirror that anticipates the future: Ortega’s Nicaragua suffers for Maduro’s parliamentarians in Venezuela

The United States imposed new sanctions on Nicaragua and Cuba