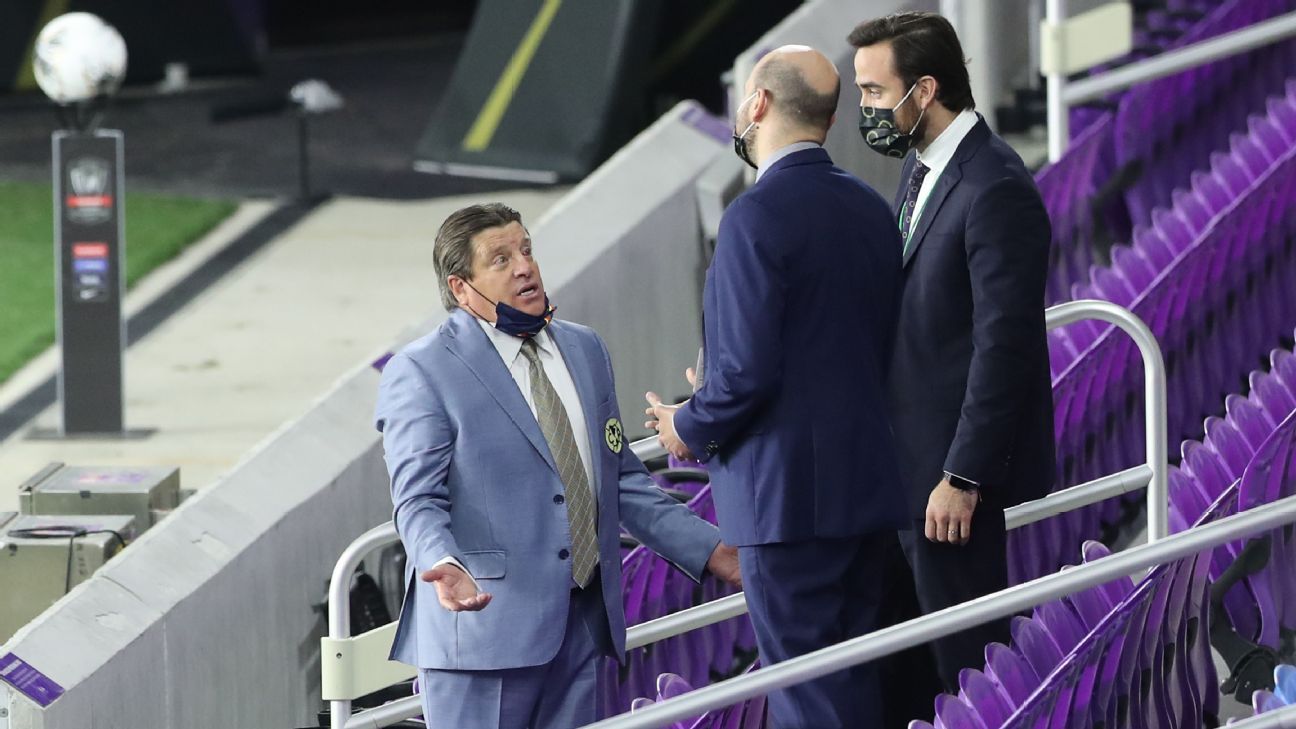 ‘Piojo’ was suspended, along with the LAFC assistant, after it happened in the semifinal of the CONCACAF Champions League

ORLANDO – Miguel Herrera, former technician America, was punished by CONCACAF with five games of suspension, after being insulted and pushed by LAFC staff, in a duel in the semifinals of the Champions League.

“SCCL 2020 semifinal between LAFC and America club It included great football from both teams and it was a great game. However, some incidents were unacceptable and were considered by the CONCACAF Disciplinary Committee. The committee sanctioned former Club América coach Miguel Herrera and LAFC assistant coach Ante Razov with four suspension games each for unsportsmanlike conduct. “

“Further, Miguel Herrera was sanctioned with an additional game to continue communicating with the team after being dispatched. These sanctions are applicable in all competitions of the Concacaf club with immediate effect “, said the agency.

The coach had an altercation at the end of last Saturday’s game in which America was eliminated in front of the Los Angeles box office.

It was Ante Razov, with whom she exchanged words and slaps, for whom they had to be separated from other members of both groups.

In addition, on Monday, the coach was fired from the position of helmsman of the Eagles, after closing 2020 without titles, both in the MX League and in the CONCACAF Champions League.