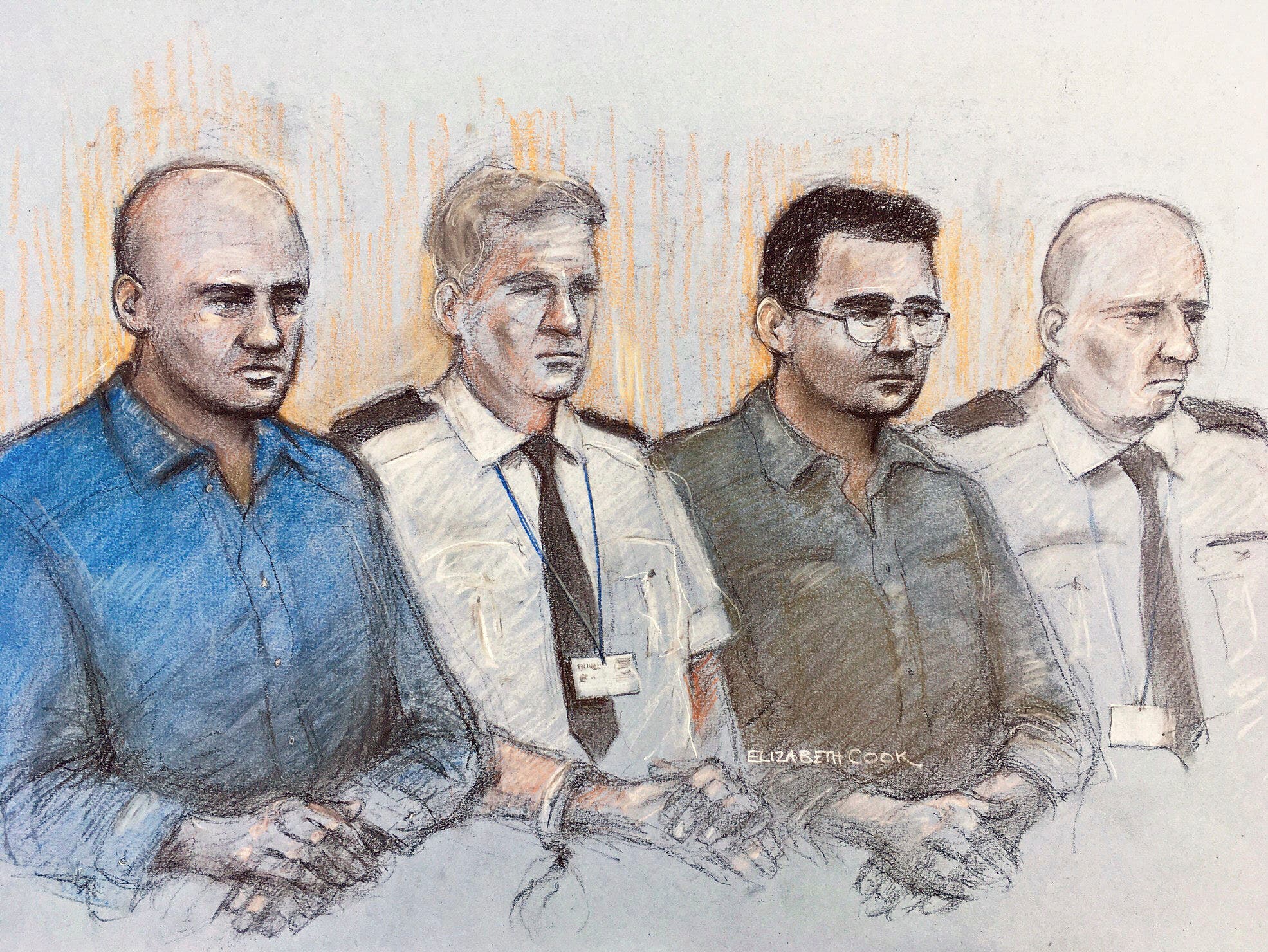 Two men have been convicted of killing 39 migrants who were found dead in a container truck in Essex last year.

Eamonn Harrison and Gheorghe Nica were tried on charges of killing Vietnamese citizens whose bodies were discovered in an industrial area of ​​Grays in October 2019.

Temperatures in the unit reached an “unbearable” level of 101 degrees Fahrenheit, as men, women and children, aged between 15 and 44, were sealed inside for at least 12 hours, according to the court.

This sketch by the court artist from October 6 shows Gheorghe Nica, on the left, and Eamonn Harrison, on the right, at Old Bailey in London. (AP / Elizabeth Cook)

Each of them had paid about $ 17,000 to be smuggled into the UK and had desperately tried to sound the alarm as they suffocated inside the black refrigeration unit, which had been shut down, jurors said.

Following a 10-week trial at Old Bailey, truck driver Harrison was found guilty of 39 counts of murder, while organizer Nica was convicted of the same charges.

They were also convicted of their role in the smuggling operation, along with truck driver Christopher Kennedy, 24, and Valentin Calota, 38.