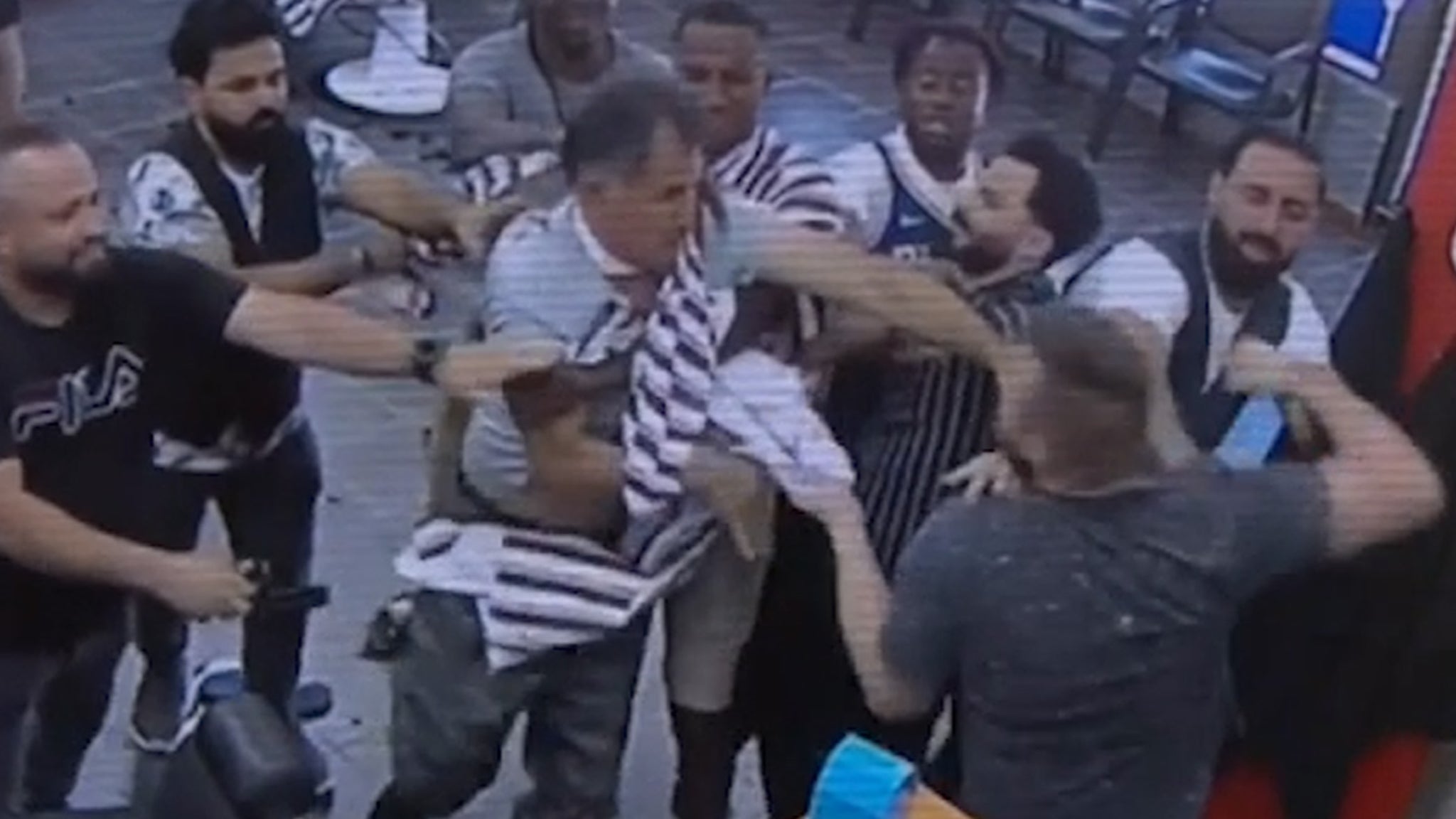 A few boys came to blows in a barber shop when they disagreed over who was the first in line – and the video of the wild fight is more of a proof of the short fuses in a long pandemic.

This fight took place at a place called Hayden’s Barbershop in Perth, Australia – where it appears that a 30-year-old man did not wait his turn for a cut and threw himself on the barber’s chair in front of another man waiting … and obviously I’m not happy about that.

In images obtained by Australia 9 News … you see that, at first, the older man gets up and makes known the frustration of the younger guy, who argues back, but eventually gives up the chair. As the old man takes his place, the chirping continues … until it bursts completely.

The younger man – who was later charged with assault for this November battle – eventually defeated the older boy with his head and all hell broke loose from there.

Both men threw flour at each other, while the rest of the boys tried to break it – and just when it seemed to be over … the fights spilled into the parking lot, where several punches were thrown.

According to 9 New, the younger guy could spend up to 10 years in prison if convicted. We all need a cut … but come on, boys!